“Through the eyes of fisherman Jason James This film explores the reality of living with fossil fuels - exploring the trickle down effects of pollution throughout society.”
Ally Lantz, CCFF Festival Director

Fossil fuels are a constant presence in most of our lives and whilst we know that they are responsible for large scale effects like global warming, we don’t feel the brutal and damaging effects of the fossil fuel production process equally.

From the destructive extraction processes to the actual production of energy, fossil fuels are incredibly dangerous to people living in their immediate surroundings. The populations of people who are forced to inhabit areas near to fossil fuel power stations are dominated by minority and low income communities who can’t afford to move or block their construction. It is undeniable that ending fossil fuel power is an issue of environmental, social and racial justice. 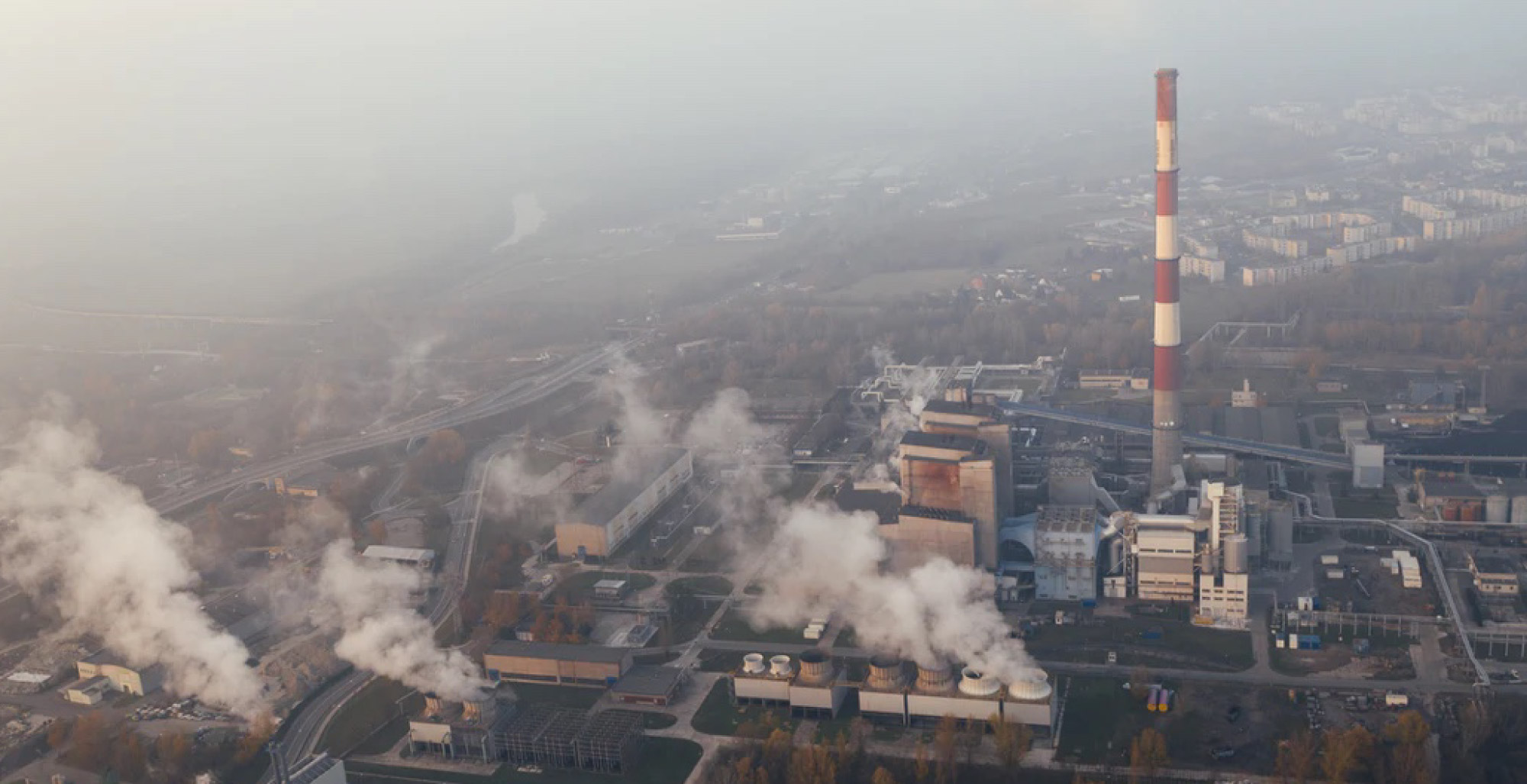 These marginalised communities, disenfranchised from the ostensibly beneficial fossil fuel-consumer relationship, are forced to live on the front lines of fossil fuel power: unprotected and vulnerable. Nowhere is this more apparent than in the towns of Middleburg and Highveld, South Africa where people are forced to breathe in some of the most polluted air in the world.

Environmental activist Thomas Mnguni used to live in Middleburg where he would wake up to find the windows and floors of his home covered in a layer of black dust. He lived between two Wolvekrans coal mines which thickened the air with a smog of particulates and harmful chemicals. After his 14 year old son was diagnosed with Asthma, a doctor recommended that Thomas move his family away from the highly polluted area to help his son’s condition. Now that he lives 6 miles further away from the mines his asthma is improving but other people who can’t afford to move are not so lucky. 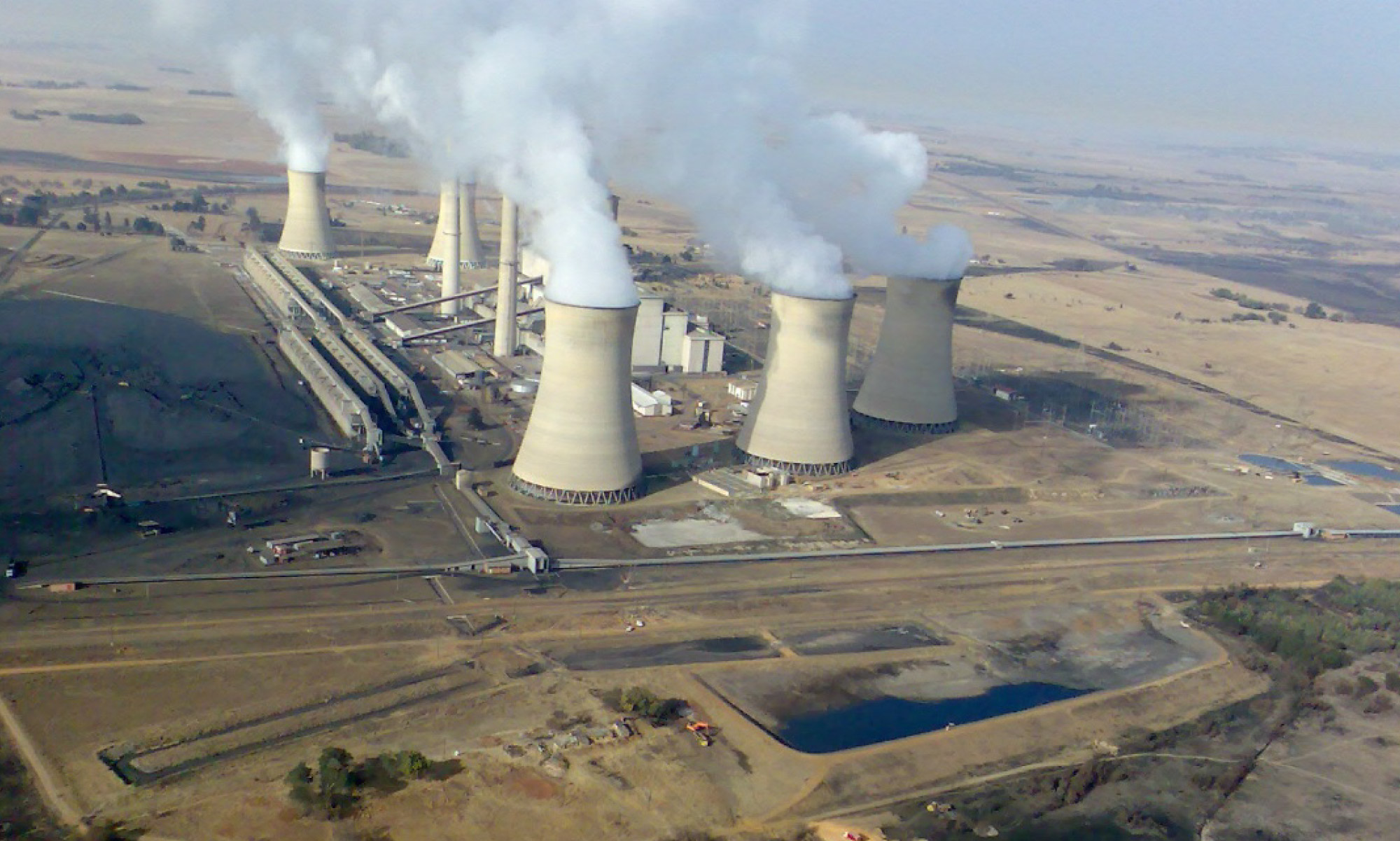 Thomas Mnguni, a resident of Middleburg, has been fighting against the destructive effects of power stations such as the Komati Power station pictured above 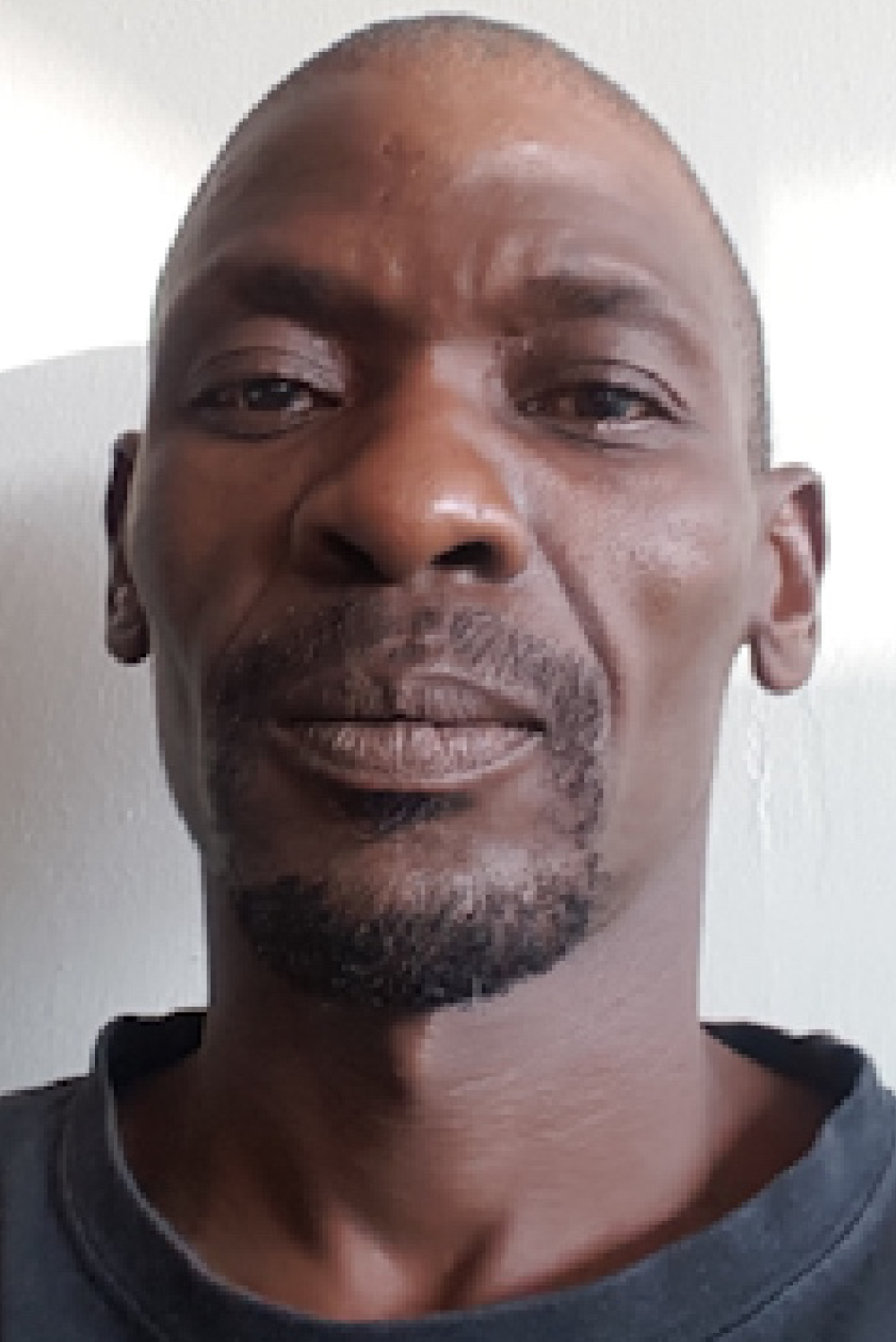 The average salary in Middleburg is R190,000 per year, just under £10,000, but many of the lower paying jobs pay as little as £3,000. For these low income families moving isn’t an option. They are forced to breathe air that contains 10 times the levels of sulphur dioxide and nitrogen dioxide considered safe for human health. This level of pollution causes a range of illnesses from asthma to lung cancer but the large coal companies that provide the majority of jobs in the area do not offer any option for workers to move - instead making them live in the filth that their factories produce.

Thomas works for groundWork a Southern African environmental justice organisation. They recently filed a law suit with the Vukani Environmental Movement arguing that the air conditions around the coal plants violate the residents’ constitutional right to “an environment that is not harmful to their health and well-being.” The suit hopes to set an international precedent for access to clean air to be included in the human right to a healthy environment.

GroundWork have been active in challenging the government on coal, shutting down the proposed 600 MW Khanyisa coal-fired power plant in the Mpumalanga province. The campaign started in 2018 when groundWork appealed the Khanyisa water use license to the Water Tribunal - a novel way to target fossil fuel plant construction. GroundWork are also part of the Life After Coal coalition whose protests led major investors to abandon the Thabametsi coal plant in 2020. The planned 557 megawatt power station would have caused extensive damage to the climate, local people, and scarce water sources in South Africa’s arid Limpopo Province. In winning these fights, groundWork protect people from living with fossil fuels and highlight other avenues by which to prevent or shut down harmful coal power stations and save people from breathing in polluted air. 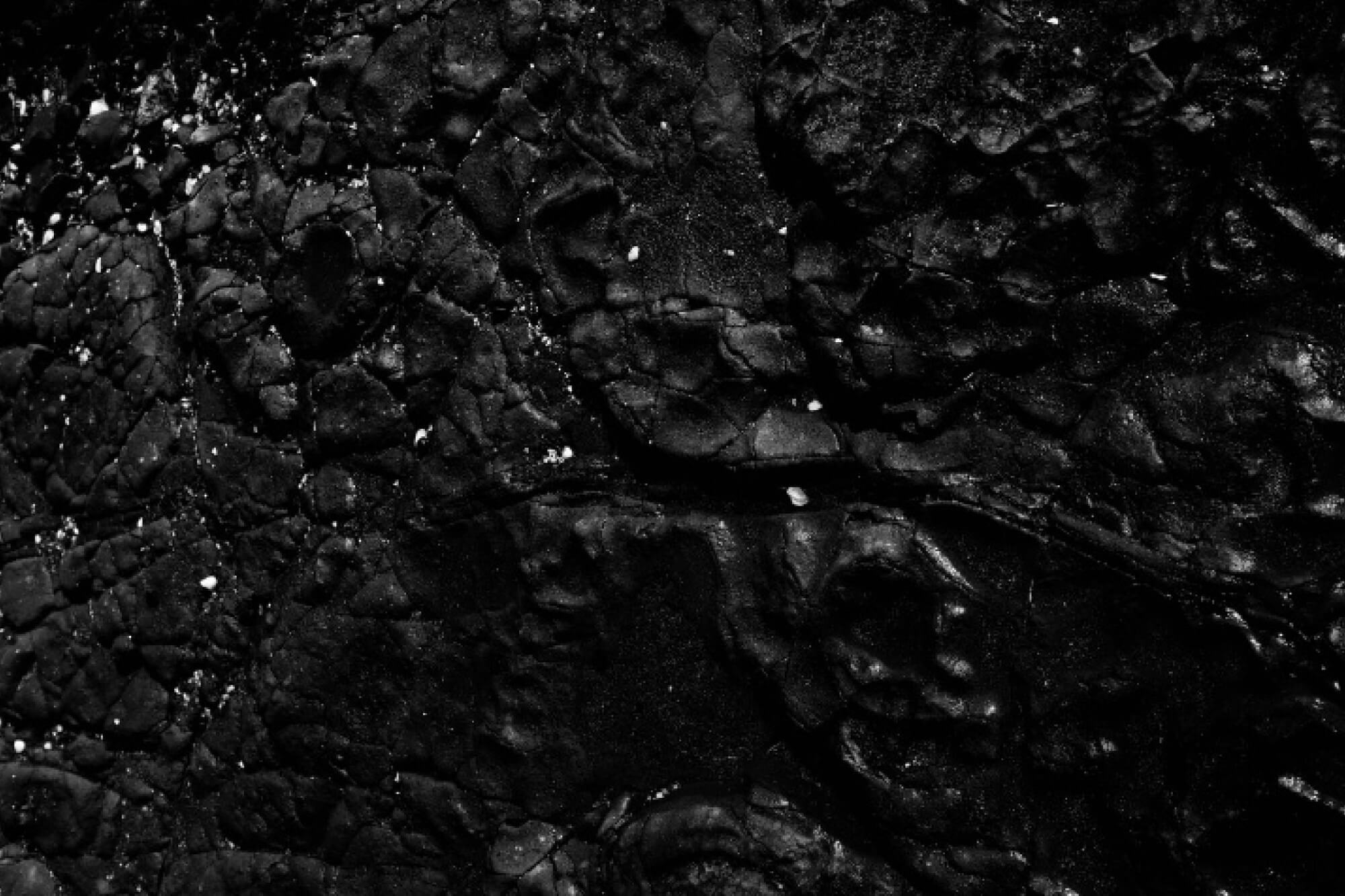 But they face a steep challenge to establish this law in South Africa where 94% of their energy comes from coal. South Africa is the world’s sixth-largest coal exporter, seventh-largest coal producer, and thirteenth-largest CO2 emitter, with per-capita emissions twice the global average. Despite the imperative to reduce coal power both on an environmental level and to protect the lives of people in South Africa, the country’s state-owned electric utility, Eskom, is currently building the third and fourth largest coal-fired power plants in the world. Coal is deeply ingrained in South Africa politics through the African National Congress party’s funders who have financial interests in the coal industry. During the Apartheid regime, South Africa consolidated its coal mining operation and created Sasol, a state owned company that converted coal into liquid petroleum on a previously unseen scale.

Are coal power plants
being built near you?

Fossil fuel production is a classic product of capitalism in that it creates tremendous value for the wealthy few via the oppression of workers and land. The creation of value comes from devaluing geographic areas through extraction and production, without the consent of those already living nearby, and turning adjacent living spaces into undesirable areas where desperate people are forced to live. Fossil fuel plants and extraction sites are often built in areas populated by large numbers of minorities, partially due to the structural racist oppressions which force these minorities into already devalued areas, and partially because such communities are often in need of the work fossil fuel stations provide or lack the access to legal services which they could use to challenge the construction of plants and extraction sites.

These inequalities are born out starkly in statistics. Black Americans have 1.54 times the exposure to particulate matter compared to the overall population, meaning that they have the most deaths per 100,000 of any racial group. Pollution from coal plants causes a shocking 23,000 premature deaths in the EU each year, making coal power 1230 times more deadly than renewable power sources. In countries like America which don’t have a public health service, bad air quality is a slippery slope to poverty as the health problems it causes force families to spend extra money on healthcare and less on other things that increase quality of life and the potential for social mobility.

So it is not only the fact that fossil fuel production creates unliveable environments which minorities and poor people are forced into by systemic oppressions against them, it is also born out on a larger scale as fossil fuels instigate climate change’s deadly affects which fall disproportionately on poorer countries and people of colour. Both in the immediate realities of living in unhealthy air and the developing climate crisis, oppressed peoples continue to be oppressed by the fossil fuel industry and they must be stopped. 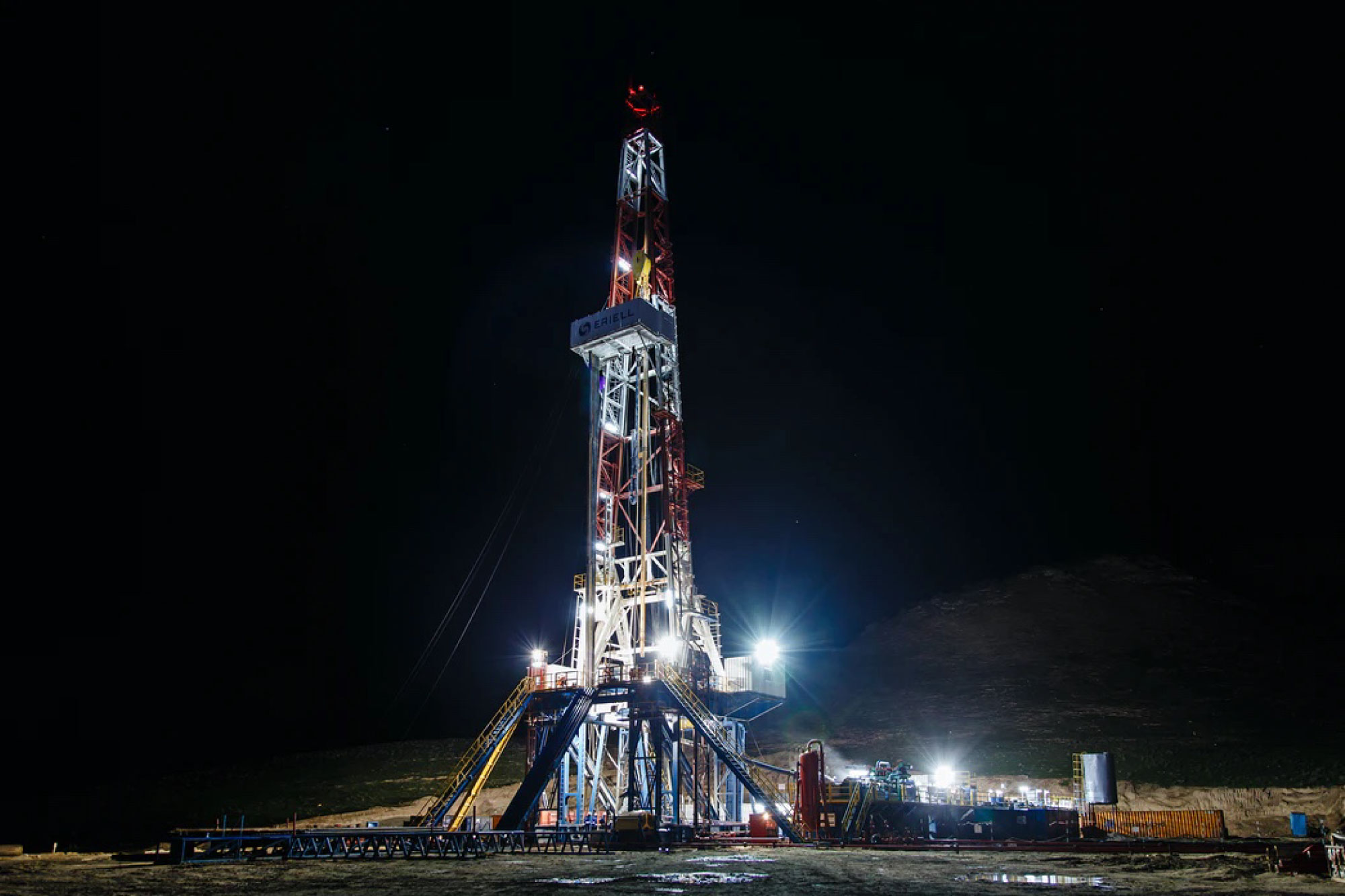 THE VASTNESS OF THIS OIL RIG, THAT CONTINUES TO WORK THROUGH THE NIGHT ON ITS DEADLY EXTRACTION PROCESS, SHOWS THE SCALE OF THE TASK WE FACE TO ELIMINATE FOSSIL FUELS AND THE DANGERS THEY POSE TO NEIGHBOURING COMMUNITIES.

Oil extraction is equally devastating to local populations. In the case of Shell’s neocolonial campaign of oil extraction in Ogoniland, huge numbers of oil spills and frequent fires have rendered the land totally unusable for farming. A relic of Britain’s colonial empire represented in fossil fuel extraction. Oil drilling also leads to biodiversity and wildlife loss which often has disastrous effects for farmers and those who rely on the land’s ecosystem health for work. Destroying natural spaces to drill for oil harms the tourism industry too as people don’t come all the way across the world to visit fossil fuel sites. These extraction hubs scythe through communities and force migration to cities where people are forced to live difficult lives in poor quality housing and equally polluted city districts.

how do we untangle this mess?

New fossil fuel power stations are not built in affluent areas due in part to the access wealthy residents have to legal resources which help them block such projects from happening. There must be a transfer of legal power to the oppressed, with the help of environmental charities such as Client Earth and Namati, so that these communities can make strong stands against new construction and enforced closures of fossil fuel power sites that are major contributing factors in deaths and the lack of social mobility in those areas. From groundWork’s successes targeting water pollution as a means of preventing the construction of fossil energy sites to Client Earth’s success targeting air pollution on the government level, knowledge on effective areas to pressure fossil fuel companies on should be shared between legal campaigners as we look to create a web of knowledge and techniques to protect vulnerable people from fossil fuel oppression.

The production of fossil fuels disproportionately affect minorities and people in disadvantaged areas but this isn’t being highlighted. The Choked Up campaign aims to highlight how the most polluted areas of cities are often populated by minorities, meaning that they suffer more than those who live in affluent areas. By highlighting this trend in relation to fossil fuel power stations, the elimination of fossil fuels becomes a racial and class justice issue, bringing in more support to prevent the continuation of fossil fuels

The difference between the dangers posed by living next to fossil fuel sites and renewable energy sites are stark. The transition to renewable energy is the key cog in ensuring the health and freedoms of people who live next to power stations. The fossil free and divestment movements are critical in ensuring we accelerate the transition but so is protesting any government plans to build more fossil fuel power stations such as the Cambo oil field. By joining your local divestment movement or protesting against existing coal power stations, we can force the government’s hand and facilitate a shift to cleaner, safer energy.

but, practically, where do you even start? 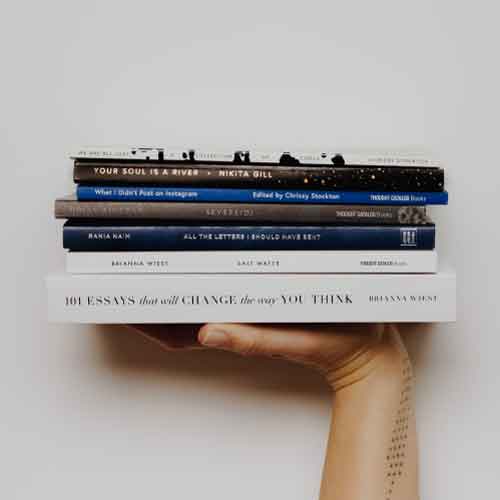 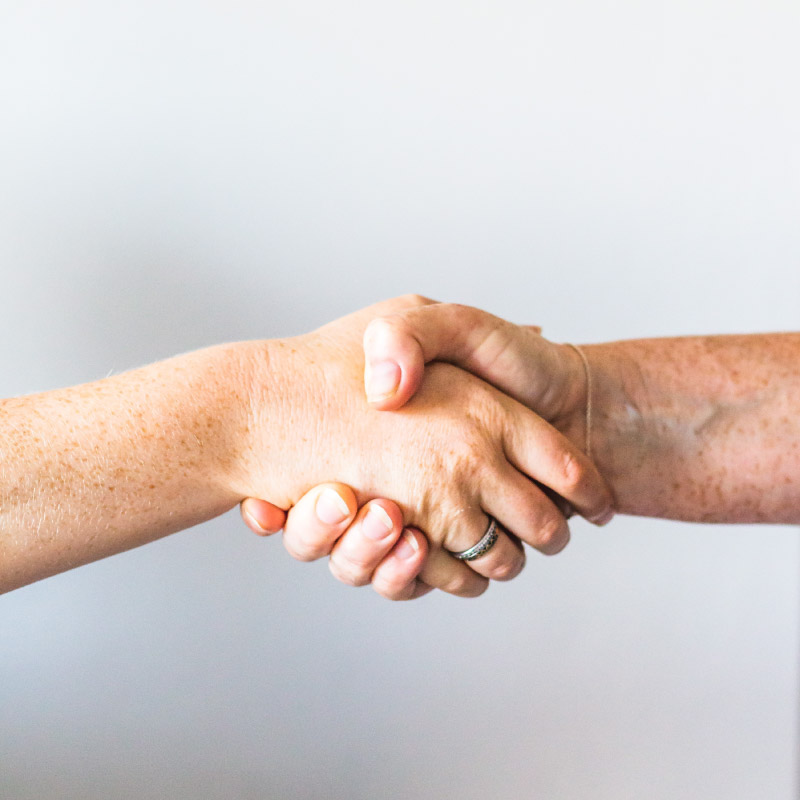 buy from good brands, support workers, and change your habits

Use Fossil Free UK’s guide to campaigning to help support campaigns against specific fossil fuel power stations that are ruining people’s lives. From former case studies of successful campaigns to advice on recruiting members, strategy and management, the guide provides a comprehensive guide on how to support and start campaigns. 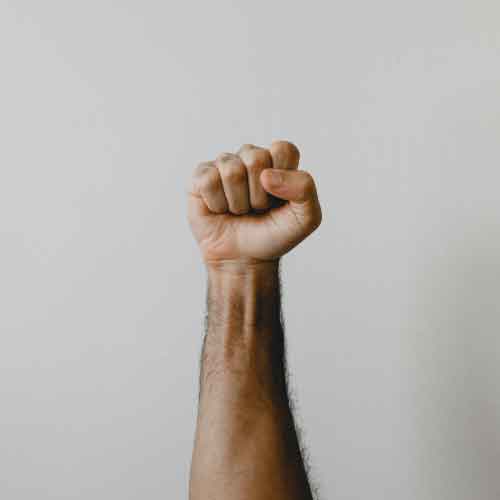 Download Ende Gelände’s activism guidebook and learn how their campaign of protest and civil disobedience helped create a popular campaign, reinforced by the media that led Germany to commit to a coal phase out date of 2038.

Join Fisherman and Friends of the Sea (FFOTS) and help them publicise environmental justice issues in Trinidad and oceans all over the world. 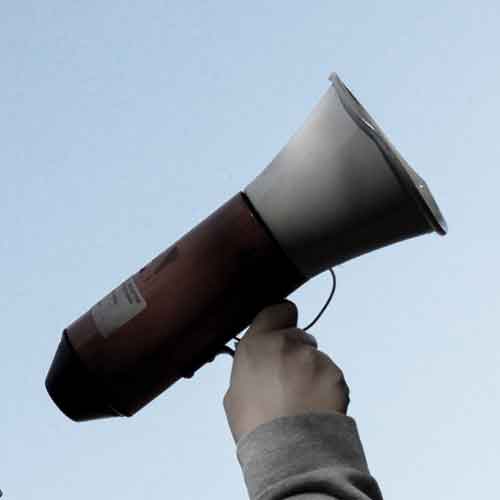 Use Carbon Brief’s map of planned coal power stations to find if there are plans to build new coal power stations near you or choose a power station that is already constructed and destructive to a local community. Then organise a campaign to prevent the power station from being built by contacting groups who have successfully protested against fossil fuel production in the past using the Environmental Justice Atlas. 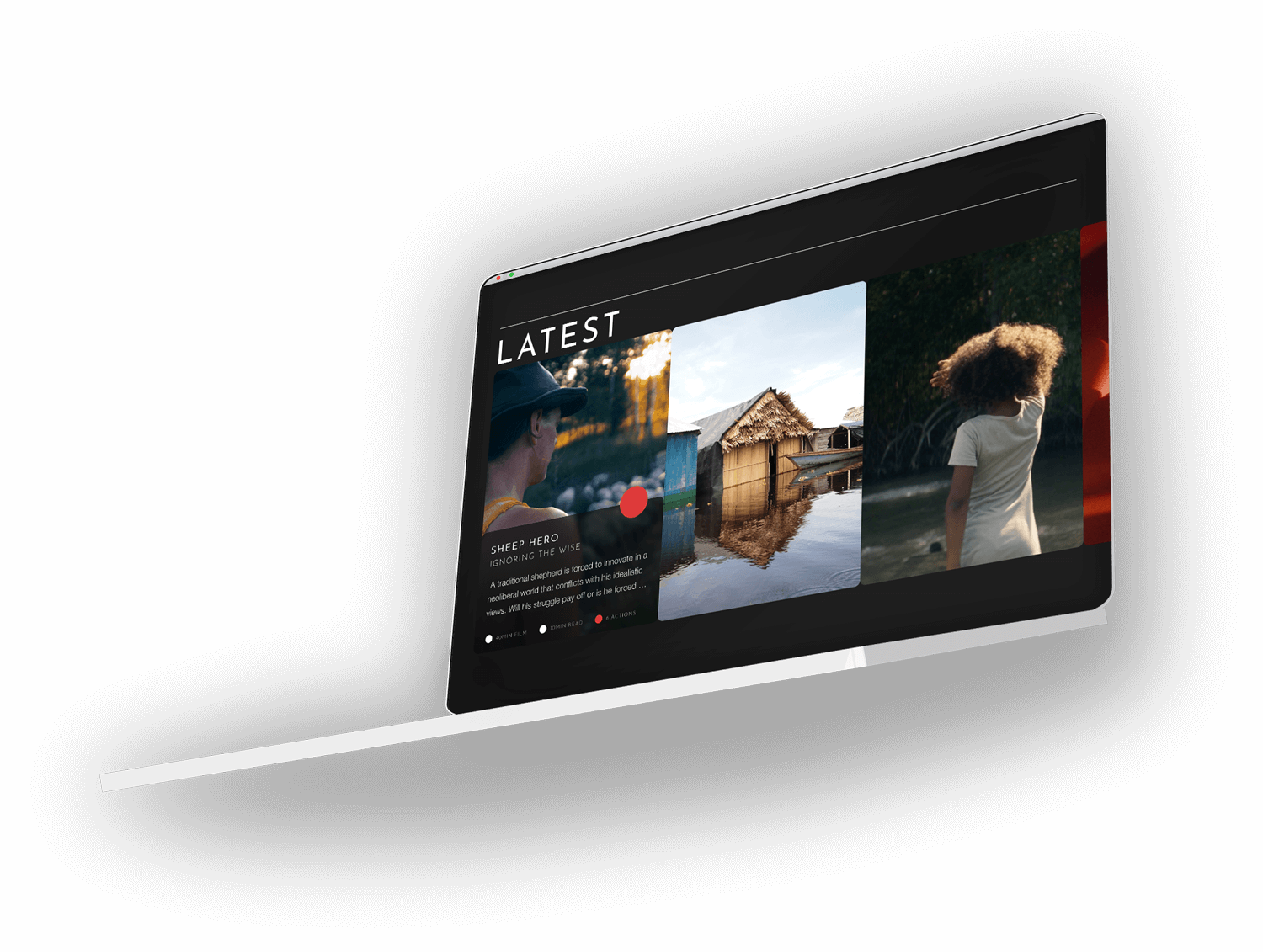 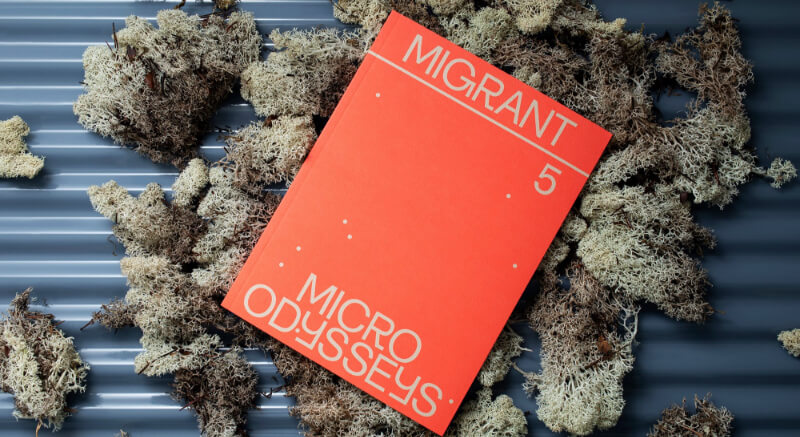 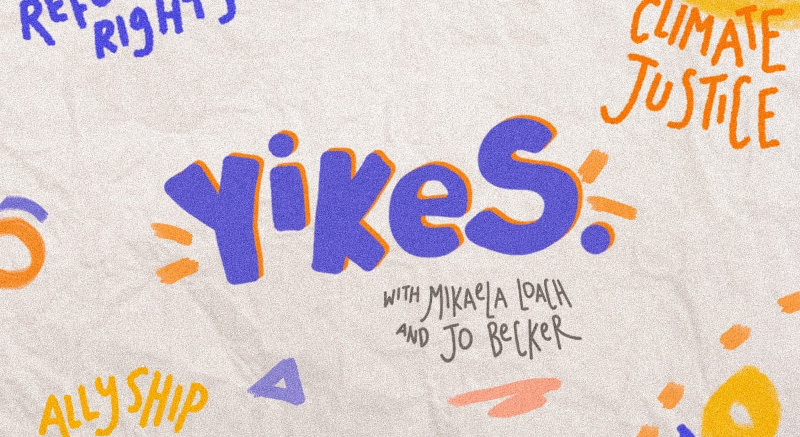 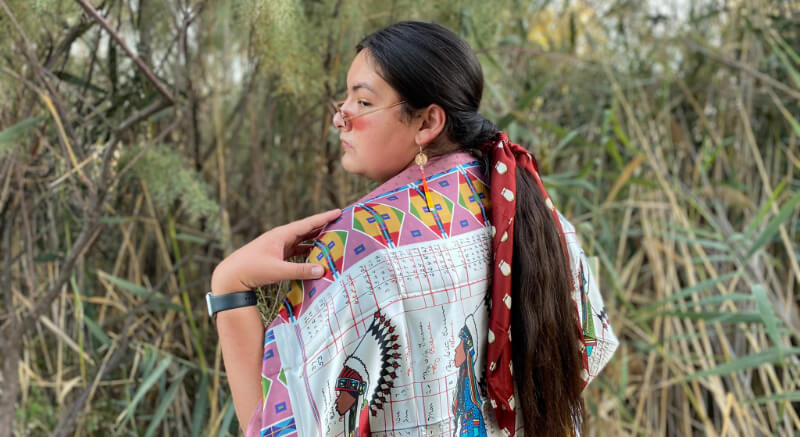 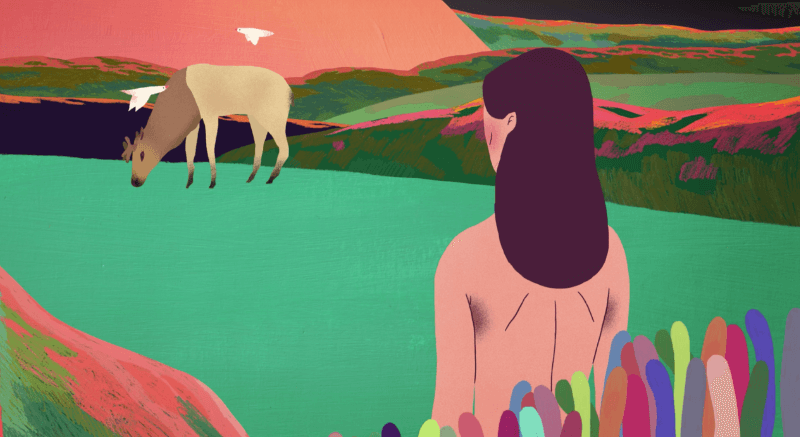 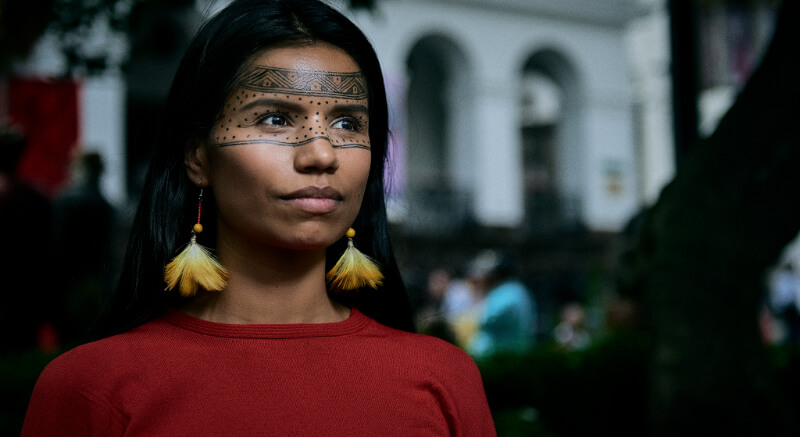 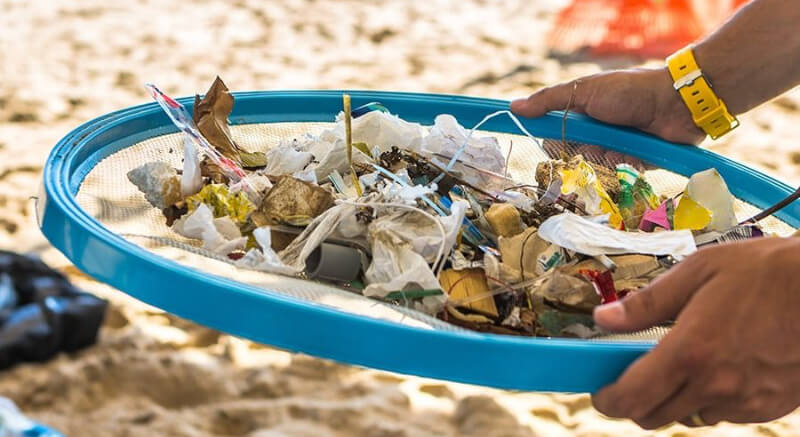